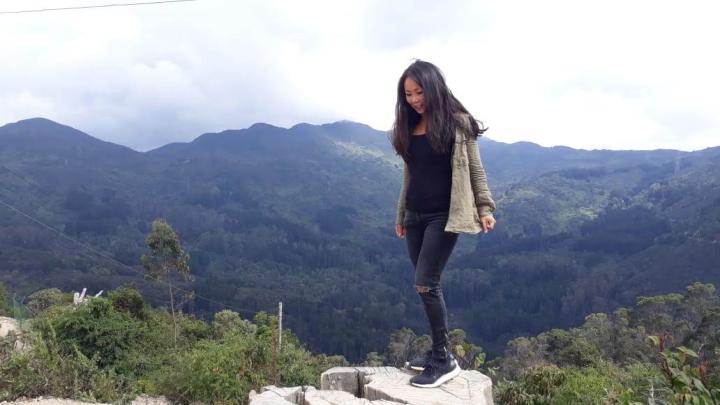 Ok I’m kind of lying when I say I came here on a whim. I knew I was coming here but didn’t plan to come here so quickly. I initially planned to come to Colombia by catching a 4-5 day slow boat from Brazil…

It was a ridiculously tough decision for me because I was set on celebrating Carnaval in Salvador and then catching a boat down the Amazon River to Colombia once Carnaval was over. After all, that’s why I rushed all the way up to Salvador via a 35-hour bus direct from Rio!

But then something happened…

My body started shutting down and the idea of catching a boat down the Amazonian river quickly lost its appeal after going through all the craziness of being on that bus and going straight out to celebrate Carnaval for 4 days.

As soon as I felt this way, I became extremely indecisive as to what my next move was…

I kept going back and forth in my mind all day. I kept telling myself that I would have the motivation to do it but then I would also tell myself that I didn’t have the energy to go on another long commute for now.

My mind (and body) kept saying “Mei, you need a break! Do not go on that boat!”

Even though the majority of my friends tried to convince me the boat was a good idea, I finally made a decision and let go of the idea of catching that boat…booking a last-minute flight to Bogota instead. I really had no energy or motivation left and couldn’t deal with the thought of going through the trouble of using an unconventional route, encountering issues along the way and being stuck on a boat for 4-5 days with the gamble of the boat ride being either amazing or horrible (from what I’ve read, it seems like a matter of luck whether you get a good or bad experience on those boats).

Once I made that decision and booked the flight…I felt relieved but disappointed.

I don’t know why but throughout this whole journey, I’ve had this expectation of myself that I should always use the more difficult and cheap route no matter what. The problem is ~ if I don’t meet my expectations, I get disappointed in myself. In a way, I felt like I was being weak…like I ‘chickened out’ by booking a flight.

Regardless of how I felt, this experience definitely made me realise that you can’t always be ‘adventurous’. Sometimes your body just needs a break.

Or maybe I’m just not as strong as other solo-travellers? Who knows.

Ultimately, I have to remember that this is MY journey so I should follow my heart instead of my expectations.

What has it been like coming from Brazil to Colombia?

I don’t even know whether to be glad or regretful for catching a flight to Bogota.

Ever since I arrived to Bogota in Colombia, I’ve been lazy, tired and unmotivated.

Maybe it’s because I still haven’t fully recovered from Carnaval yet (can you believe!?)

Even though I haven’t done much and feel about 40%, I’ve still had some time to explore, soak in the city and reflect on how I feel.

So how do I actually feel?

I’m not going to lie, I’m still in shock. I’m still digesting all the changes of coming from one country to another, especially where the language and culture is so different…but I have to remind myself that it takes time to overcome the shock of a different country and it’s unfair to compare one country to another because each place has its own pros and cons.

It’s been quite difficult for me to sit back, embrace and enjoy Colombia because Brazil really started feeling like home to me and I got attached to the place and people there (I mean, I met some REALLY beautiful people there which I connected so deeply with).

Right now, I kind of want to run away from Colombia and go back to Brazil.

I even cried last night because of how much I missed Brazil.

I was just starting to get confident with learning Portuguese and being able to communicate to the locals there. I was really starting to understand the culture. I was fitting right in.

Coming here to me feels like I’ve let everything go there and I have to start all over again.

I have to let go of the language I started picking up quite well and learn a new one ~ believe me, it’s been so hard converting from Portuguese to Spanish because I keep getting the two languages confused (especially when I first got here. It is definitely getting easier though).

I have to start a new journey, meet new friends and discover new places…again!

I have to adjust to the different culture, quirks and attitudes of the people.

It also doesn’t help that my body was physically shocked with the change in temperature and high altitude ~ I constantly felt tired, my head felt tight and all I wanted to do was lie in bed.

I don’t know why but I’m really struggling…and I just want to go back.

It’s the most ironic thing because Colombia was the priority country for me in South America. I was drawn to this country. It was like it was calling my name.

Brazil wasn’t even on my itinerary to begin with. It was only a matter of luck and chance that I ended up there…and I only planned to stay there for about a 1-1.5 months but ended up falling so deeply in love and staying there for 2.5 months ~ longer than any other country I’ve visited.

Now I’m so strongly fighting with this emotional tug of war between what my heart wants and my original plan.

I guess all I can do is enjoy the moment, this journey and whatever adventures and encounters I come across.

I just have to enjoy the present as much as possible because after all, I’m living out my dream right?