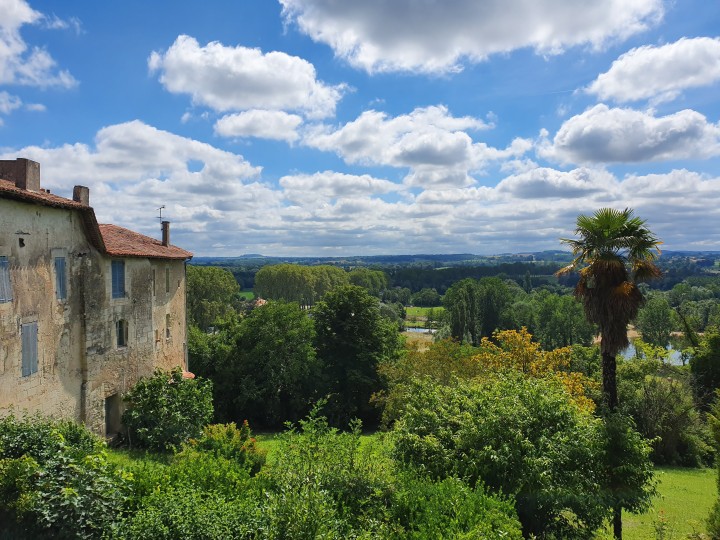 The past 3 weeks have literally been so crazy, dramatic, unexpected and difficult. Let’s just say challenging.

I’m currently sitting in a pub/cafe drinking a delicious espresso in the small village of Aubeterre, probably about 5-8 kilometres from the vineyard. So much has happened that I don’t know where to begin. But I’m taking the time to document because I have been too lazy with it. Last night, I read back at my journal and realised how little I’ve been doing…and that’s left me a little disappointed because when I read back, I still feel so delighted and happy (and nostalgic) ~ I still get this time-travel sensation…so I’m going to document my day.

Yesterday, I was so tired from sleeping badly that I really slept like a baby last night. I got 8 hours sleep but woke up at 3. I even had a nightmare this morning. I didn’t even realise it was Saturday today because this morning at around 7.30 when I was chatting to my ‘boss’ about having a day off on Saturday, he confirmed that Saturday was today. I could have worked but I really do want to explore and see more of the countryside of France and the weather is amazing today. Plus I’ve already worked for 5 days even though yesterday was a little unproductive from the heavy rain.

I have a strange relationship with my boss because I can’t tell what he’s really thinking. It looked like he wanted me to work even though he said otherwise. I feel he’s secretly disappointed but I want to look after me first.

Anyway, once I made the executive decision to go for a day trip, I took my boss’ recommendation and decided to ride to two nearby villages ~ close enough for a comfortable bike ride because I haven’t properly rode since Vietnam. It took me a while to get ready. I still managed to forget my sunscreen but I got there. I bought a bottle of water, my purse, backpack, laptop, a book to read, my journal and a pen and then made my way.

The bike was extremely uncomfortable – very hard on my lower region but it’s the shortest bike available and it has a basket. Even though I was alone, the ride down was so stunning. It literally looked like a painting everywhere I rode. The trees were luciously green and the rolling hills seemed to continue forever. Even the crops look beautiful. I couldn’t help but stop along the way at least 5 times to take pictures. It was also great that there wasn’t much traffic ~ it definitely took the stress from bike riding from me (I’m still not very comfortable with it).

I was riding so slowly even though the ride was easy ~ it was mostly flat and downhill. Eventually, I got to a small village which I thought was Aubeterre but it was too small and nobody was there. It was very cute though. 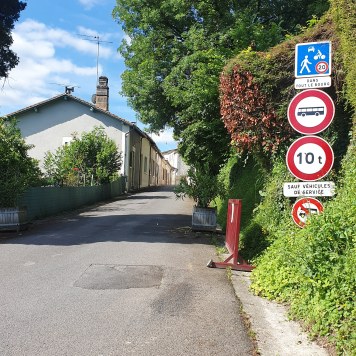 I continued riding only for 1.5kms before I found Aubeterre. As soon as I was at the entrance, I hopped off my bike and started walking. I wanted to slowly soak in and enjoy the place. It looked beautiful but basic at first…and then it slowly opened up into a pretty square. 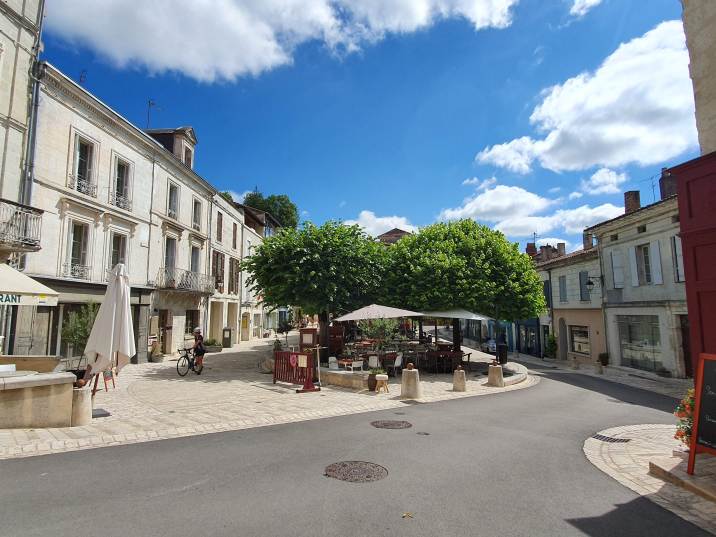 I must say I really love French architecture ~ the buildings are beautiful and they’re decorated with such colourful flowers and nice colour tones on all the roofs (usually blue or red). 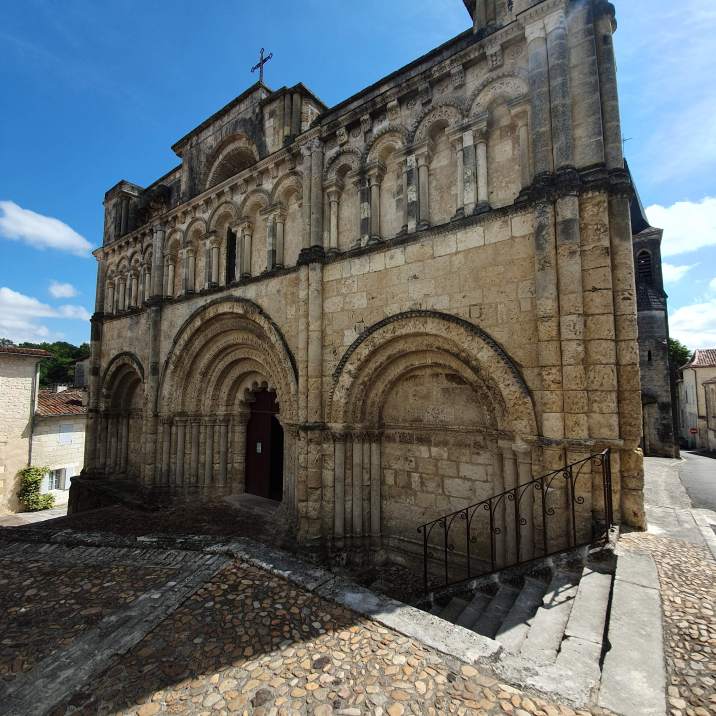 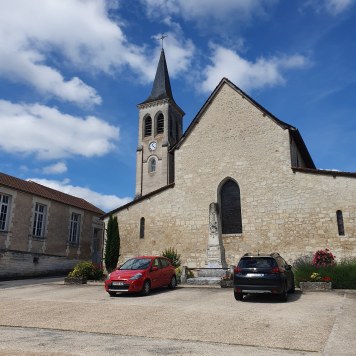 I tied my bike because I wanted to walk through the village and couldn’t help but go into this place which looked like a castle. OK, it was 6 euros but it was actually pretty cool. I felt like I was in a cave and got to live out some LOTR fantasies (Lord of the Rings). All I needed was the soundtrack and my fantasy would have been completed.

I also learned some of the history behind the castle-like building. It was my first time listening to an audio guide ~ the “castle” was actually a church with a cemetery. It was established around the 1960s.

Once I was done, I started wandering around slowly, taking heaps of pictures ~ the place just kept on getting more and more beautiful. Even the retirement home was so pretty.

I couldn’t believe it. I was so happy because when I imagined traveling through the south of France…in the countryside ~ this is the type of place I imagined I would be in (another bucket-list thing checked off!). For me, even though Paris is beautiful because there’s a certain charm the small villages have.

That’s my document so far. Now I’m gonna go have a set menu lunch at a creperie before heading to the next town